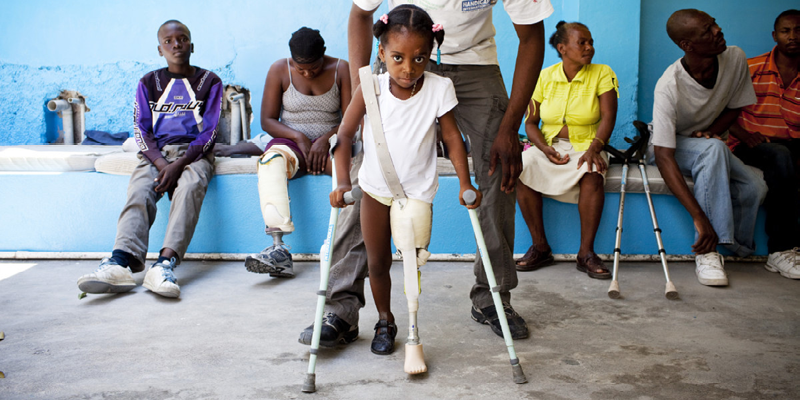 Co-recipient of the 1997 Nobel Peace Prize, Handicap International is an independent and impartial organization working in situations of poverty and exclusion, conflict and disaster. One of Handicap's priorities is to prevent injuries from landmines through weapons and landmine clearance, risk education activities, stockpile management, and advocacy to ban landmines and cluster bombs. 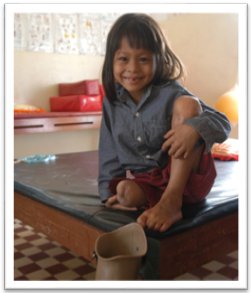 KANHA: A NEW LIFE FOR A CAMBODIAN BOMB VICTIM In 2005, then 7-year-old Kanha had to have her leg amputated after her father accidently triggered a decades-old landmine. Nearly a year later, Kanha's mother helped her to a Handicap International orthopedic workshop in Kompong Cham where she was fitted with a prosthetic leg. With her “new leg”, Kanha was able to walk on her own and return to school. Every six months, Kanha returns to the Handicap workshop to have her prosthetic leg replaced as she grows taller.

Kanha exemplifies the dangers of hidden landmines and other explosive remnants of war that terrorize vulnerable populations in many war-torn countries. Although Kanha and many others have been saved and rehabilitated thanks to Handicap's work, many more will continue to suffer until their communities are fully cleared of these explosives. Handicap strives to do just that.